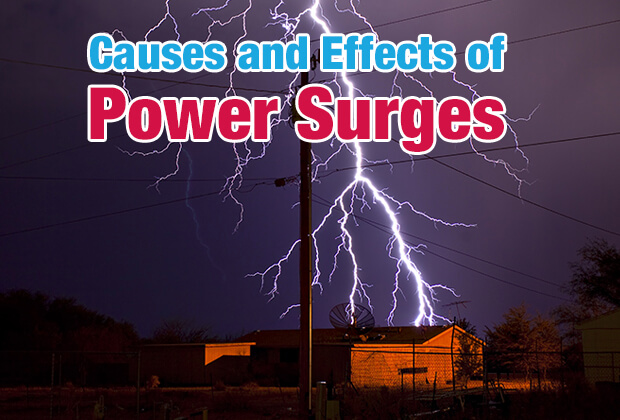 What are Power Surges?

What Causes a Power Surge?

The most common causes of power surges are actually small things, like turning on a high-powered electrical device such as refrigerators, AC units, or even space heaters, thereby creating a small spike in the electrical current.  However, the #1 cause of LED Dock Light failure is caused by Boat Lifts. Boat lifts pull high amperage from the circuit at startup which creates a large voltage spike which can damage LED drivers and circuit boards.  LED lights should NEVER be wired or plugged into the same electrical circuit as your boat lift. While incandescent lights and low powered LED lights are not affected by power surges, high output LED lights use internal LED drivers which are very sensitive to power surges.  If you only have one circuit or breaker available which powers your boat lift, please contact your local electrician who can help you install a clean power supply for your lights.  While power surges typically are not severe enough to trip a breaker, they can-do serious damage to electrical components.

Another often overlooked form of power surge you need to be aware of comes from nearby lightning strikes. Lightning does not even have to strike your home or immediate area to cause a spike in your electrical current. If lightning strikes a transformer anywhere in your electrical grid, it could cause enough of a spike to wipe out your entire electrical system including your lights. If possible, it is always advisable to unplug electronic devises and LED lights during electrical storms for this reason.

Generators are a great source of power in areas where there is no electrical outlets available. While you can use a generator to power 120VAC LED lights, it is important to know that the voltage and amperage in all generators fluctuate greatly as the generator powers up and powers down. These power fluctuations will absolutely kill the LED driver in any high intensity LED light. If you are going to use a generator to power your LED lights, we recommend using our 10KA, Surge Protector which will protect your lights from power-surges caused from the generator cycling up and down. Another way of protecting your lights is not to plug the light(s) into the generator until it is fully powered up and always unplug the light(s) from the generator before shutting the generator down. Doing this will minimize the amount of power fluctuations the lights are subject to and will help prevent damage to the drivers. 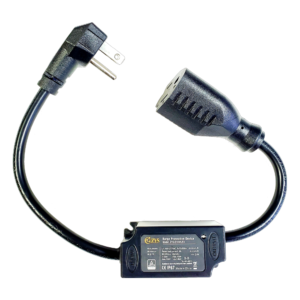